Unity is an ideal worth striving for, in most cases. People generally value family harmony; companies cherish unity of vision and purpose among employees; nations thrive with a united populace. Where possible, unity is to be preferred over division and opposition.

But there are times when unity is not worth the cost it demands. This is particularly true when it comes to matters of truth. If ideological opponents sacrifice some fundamental truth in order to gain a tenuous, pragmatic alliance with each other, their efforts will ultimately collapse like a house of cards. Matters of ultimate truth allow for no compromise with opposite notions. One does not try to mix oil and water, good and evil, light and darkness, innocence and sin. In the world of religions, this applies particularly to those who seek to unify worldviews that fundamentally disagree. We call such mooncalves syncretists, who seek to find the lowest common denominators in separate religions and then highlight them as the most important teachings/beliefs of the religions in question. In reality, orthodox practitioners of each religion in question reject the efforts of syncretizers, objecting that by reducing their faith to the least common denominator with another belief system, the unique beliefs of each religion are ignored, if not obliterated. What remains is not either religion, but an artificial, bloodless, colorless collection of uninspiring, moralistic pablum.

Nevertheless, in every generation there are simpletons who seek to unite religions by brushing aside their central truth claims and focusing on superficialities. With regard to Christianity and Islam, a recent movement (beginning in the 1980s) known as Chrislam has gained some notoriety for its attempt to fuse the two religions into an insipid hybrid. It has been roundly pilloried for failing to be reflect either religion accurately.

One ersatz academic in recent years has been making a name for himself by claiming that Jesus and Muhammad are “kindred spirits and brothers”, that “the Qur’an and New Testament are strikingly similar in many ways,” and that as monotheists, Christians and Muslims “…have more in common than we have differences.” 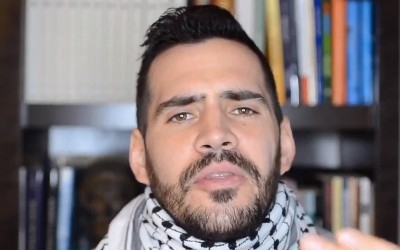 These trite generalizations by Craig Considine are so outrageous that it is hard to believe they could come from a serious academic. One could just at frivolously say that the Gospels and Aesop’s Fables are strikingly similar in many ways, or that Jesus and Genghis Khan are kindred spirits and brothers, or that “as people who believe in government, communists and supporters of democracy have more in common than we have differences.”

Considine is a lecturer in sociology on the faculty of Rice University, so perhaps we should cut him some slack for venturing boldly outside his chosen discipline and making a fool of himself. Unfortunately, he touts himself as an expert in Christian-Islamic historical and theological matters, and thereby infects the minds of naive listeners with his aberrant views delivered with self-assurance. Considine’s efforts epitomize the pursuit of unity at the expense of truth.

Of particular concern to me are his claims that Jesus and Muhammad share the brotherhood of kindred spirits. Raised Roman Catholic, Considine has asserted in interviews that he considers himself a Christian, but “…less so for big theological claims and more so for the kind of [moral] model that Jesus left.” Equivocating further, he admitted to not being “…necessarily a conventional, mainstream Christian in a lot of ways.” What does this mean? Considine has described himself as an “à la carte Catholic in many ways,” even a “bad Catholic” who is “probably un-churched permanently” because he takes issue with some of the Church’s “rules.” He claims that one does not need to believe in the Trinity to be a Christian, and as a corollary to this that Jesus was not always “considered divine” for Christians. Likewise, Considine believes Muhammad to be a true prophet, despite the Qur’an’s denial of Jesus’ divinity, as well as his crucifixion, atonement and resurrection. Further, he accepts the Qur’an’s claim that Jesus prophesied the coming of Muhammad, equating the Arabian leader with the Paraclete about whom Jesus spoke to his disciples in his Farewell Discourse (John 14-16).

Yet for all his slavering over Muhammad’s deep affinities with Jesus, Considine is considered by most Muslim scholars to be a useful idiot whose words forward the convenient false narrative that Islam and Christianity are sister faiths, thus keeping unsuspecting Westerners in the dark concerning the true teachings and motives of Islam.

Considine routinely ignores the vast Scriptural literature in both traditions that paints highly contrasting portraits of Jesus and Muhammad. Over the coming weeks I will highlight some of these divergences, beginning today with a comparison between how Jesus and Muhammad each handled the call for judgment of an adulteress brought before them.

In the biblical account located in John 8:1-11, a woman caught in adultery is brought by Jewish leaders to Jesus, who hope to catch him on the horns of a dilemma by forcing him either to pronounce capital judgment in accordance with Mosaic Law (and therefore appear heartless) or to order her released (thereby setting himself against the Law of God and opening himself to the charge of being a libertine). Jesus avoids this binary choice by drawing attention to the moral vulnerability of all those seeking “mob justice.” “Let him who is without sin cast the first stone.” The text tells us that one by one, beginning with the eldest, they drop their stones and depart. Soon, only Jesus and the accused woman are left. He asks her, “Woman, where are they? Has no one condemned you?” “No one, sir,” she replies. And he continues, “Neither do I condemn you. Go and leave your sin behind.”

Earlier in his ministry, Jesus had asserted his authority over the Law in his teachings found in the Sermon on the Mount (Mt. 5-7). “You have heard that it was said, …, but I say to you ….” In some of these instances, Jesus is challenging Jewish traditions, but in others he is addressing specific OT laws. The upshot of these teachings is that Jesus interprets the Law as though he is its author, rendering its true meaning over against the faulty interpretations of his day. Now in his encounter with the adulterous woman, Jesus demonstrates that divine mercy eclipses legal justice. This lines up perfectly with what the Gospel of John has already revealed: “For God sent His Son into the world not to condemn the world, but that the world might be saved through him” (Jn 3:17).

In Islamic traditions, we find the story of a woman who comes to Muhammad and confesses her sin of adultery (Sahih Muslim 17:2406):

There came to him (Muhammad) a woman from Ghamid and said: “Allah’s Messenger, I have committed adultery, so purify me.” He turned her away. On the following day she said: Allah’s Messenger, “Why do you turn me away? Perhaps, you turn me away as you turned away Ma’iz”. By Allah, I have become pregnant.” He said: “Well, if you insist upon it, then go away until you give birth to (the child).” When she was delivered she came with the child (wrapped) in a rag and said: “Here is the child whom I have given birth to.” He said: “Go away and suckle him until you wean him”. When she had weaned him, she came to him with the child who was holding a piece of bread in his hand. She said: “Allah’s Apostle, here is he as I have weaned him and he eats food.” He entrusted the child to one of the Muslims and then pronounced punishment. And she was put in a ditch up to her chest and he commanded people and they stoned her. Khalid bin Walid came forward with a stone which he flung at her head and there spurted blood on the face of Khalid and so he abused her. Allah’s Apostle heard his (Khalid’s) curse that he had hurled upon her. Thereupon he said: “Khalid, be gentle. By Him in Whose Hand is my life, she has made such a repentance that even if a wrongful tax-collector were to repent, he would have been forgiven.” Then giving command regarding her, he prayed over her and she was buried.

Here Muhammad appears as a reluctant servant of the Law. It seems he seeks to avoid pronouncing judgment upon this self-confessed adulteress who apparently believes that the only way to atone for her sin is to be stoned to death by the men of the community. Yet every time he dismisses her with a task to accomplish, she returns after fulfilling it, ready for her death sentence. Finally, Muhammad has no further recourse, and he orders her stoning. Islam’s prophet is a slave to Allah’s law.

Khalid bin Walid, one of Muhammad’s most fierce generals (whom Muhammad had nicknamed the “Sword of Allah,” relishes his role in this stoning process. He draws close to the woman (probably buried up to her chest in the ground to prevent defense or escape) and with his large stone he targets her head — successfully. The blow is so savage that blood immediatley spurts from the wound and lands on his face, leading him to curse her loudly and vehemently. Muhammad, we are told, counsels Khalid to be gentle in his language (now that he has caved in the skull of the woman), because the woman’s death has paid the price for her sin. After her death is confirmed, Muhammad prays over her corpse and allows her to be buried.

Looking at these two accounts, would anyone think objectively that Jesus and Muhammad were “kindred spirits and brothers”? Could anyone not see the difference in authority between Jesus and Muhammad when it came to the law of stoning for the sin of adultery? Muhammad, the obedient slave of Allah, executes his inflexible death sentence. Jesus, who stands in authority over the written Law, demonstrates His Father’s heart of mercy, extending the second chance of grace, which is His divine prerogative.

This one simple comparison, capable of being multiplied a hundred times over with radical contrasts, shows that Jesus and Muhammad were not cut from the same cloth. They are not equals in terms of their teachings, their relationships, their activities, and their sacrifices. Their fruit, in terms of the disciples they produced, demonstrates the difference in their visions. Jesus’ followers conquer the Roman Empire peacefully, through their message of love and redemption. Muhammad’s armies overwhelm the world with the sword and the threat of death.

Please do not fall for charlatans who in the name of unity seek to mix oil and water, or better yet, light and darkness. As we will see in future posts, Jesus and Muhammad offer two decidedly different visions of God and His will for humanity. They are two very different individuals, whose claims clash inexorably with each other.