What Christian in his/her right mind would want to miss such a momentous event? Surely in all this, the biblical message that Jesus Christ came to save sinners will receive some passing mention….

One of the overtures of special interest to me has been proposed by the Presbytery of Carlisle (Item 07-01 on the GA docket). Entitled “On America’s Interfaith Context and the Church’s Challenge,” this overture contains seven recommendations for action. Six of them are the kind of vapid directives one might expect from a moralistic, progressive bureaucracy, and offer nothing that other mainline denominations have not also chattered about.

The seventh , however — directive number two in order –breaks new ground and would launch the PCUSA boldly into new territory with regard to interfaith activity. It reads:

Condemn all religiously inspired and motivated violence, prejudice, discrimination and hate speech, and in particular anti-Semitism and anti-Muslim behaviors and language.

This sounds very PC on the surface, but in fact would mandate that the PCUSA would have to condemn Islam as a religion and its “holy book”, the Qur’an.

Since 9/11/2001 there have been over 33,000 deadly attacks around the world carried out by Muslims in the name of Islam.

No other religion approaches even one percent of this figure over the same period. The bromides bandied about that the perpetrators are not really Muslims or that they have wrongly interpreted their religion beg the question: Why have so many gotten their religion so wrong, if indeed they have? Why is the religious violence we see around the world overwhelmingly associated with Islam? Surely if this PCUSA overture passes, the denomination will quickly issue an official condemnation of Islam’s “religiously inspired and motivated violence” as seen over the last two decades (not to mention its bloody history over the last 1400 years). I will wait with bated breath….

Religiously inspired and motivated…prejudice will also be in the crosshairs of the PCUSA. So the common references to Jews as “descendants of apes and pigs” which echo through mosques around the world every Friday will be condemned, as will all the other epithets targeting the Jewish race for being the source of all the world’s evils. Indeed, the PCUSA will necessarily denounce the Qur’anic teaching that the Jews are the enemies of Allah, and the Hadith reports where Muhammad declares that the Day of Judgment will not come until the armies of Islam hunt down and exterminate all Jews from this world, per the decree of Allah. The anti-Jewish prejudice inherent in Islam will face the scorching condemnation of the Presbyterian Church USA. I can hardly wait.

As regards “religiously inspired and motivated…discrimination,” the yet-to-be approved overture will lead the denomination to excoriate Islam over the third-class status of dhimmitude within the Islamic state, where non-Muslims are allowed to live (except for polytheists and atheists, who are forced to become Muslim or face immediate execution) in subordination to Islamic law and with extremely constricted rights compared to their Muslim neighbors. Likewise, the discriminatory, Shari’a-compliant, hefty, annual poll tax (jizya) levied on all dhimmis will face the withering censure of the PCUSA. Of course, since this is an obvious “justice issue,” the denomination will make its denunciations of Islamic discrimination a first-order priority. I expect a public proclamation by Stated Clerk J. Herbert Nelson, Jr. by the end of this month. If he asks, I would gladly help him compose it.

Lastly, Overture 7-1 would require the PCUSA to condemn religiously inspired and motivated…hate speech. Primary among PCUSA targets would have to be the Qur’an, which serves as the principal source of hate speech against non-Muslims for almost a quarter of the world’s 7.6 billion people. Finally a mainline Protestant denomination will censure the hate-filled portions of the Qur’an that fuel Muslim loathing toward the unconverted world. Here are a few examples to give them a running start:

After leaning long and hard toward a gospel-denying universalism, the PCUSA seems poised now to condemn the religious teachings of a rival faith. To be fair, it has to be said that this unintended exclusivistic drift is not being nourished by a true belief in the gospel but by a mindless pursuit of “progressive justice,” which holds that anything negative said about anyone or their beliefs must be “hate speech” (except when said against Christians, of course), and as the cause du jour it must become one of the PCUSA’s pet pursuits.

Unfortunately, one of the other fabrications commonly accepted by the progressive left is that all religions, including Islam, are peaceful at heart. Hence, Overture 7-1 assumes that any “religious hate speech” will arise from those perverting their religions, not practicing them faithfully. Unfortunately, as those who know Islam well can testify, religiously inspired and motivated violence, prejudice, discrimination and hate speech is endemic to the heart and culture of Islam as taught and practiced by the prophet of Arabia.

If Overture 7-1 is approved by the PCUSA later this week, then the denomination will be poised to condemn the teachings and example of Muhammad, and of Islam’s “holy book” which enshrines religiously inspired and motivated violence, prejudice, discrimination and hate speech. Even Allah will face the condemnation of the PCUSA, for he is the source of all this malice. I’m trembling with anticipation over the denomination’s bold move! 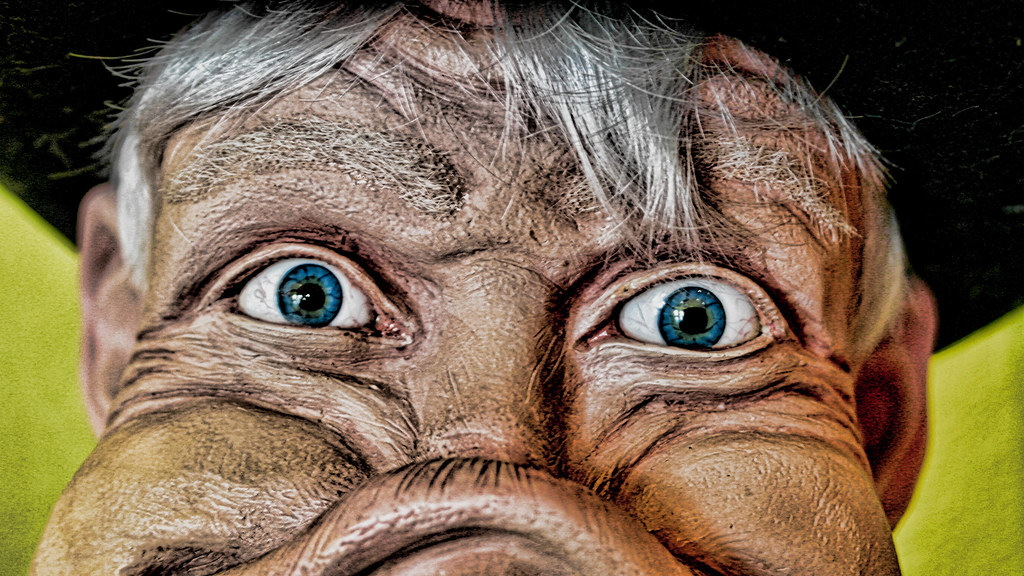 So, on second thought, I’m not holding my breath….

9 Responses to Presbyterian Church USA Poised to Condemn Islam, Muhammad and the Qur’an….