R. Kelly Could Have Learned from Muhammad

Posted on January 9, 2019 by mateenelass

The now infamous R&B singer, R. Kelly, has been dogged by sexual misconduct and abuse allegations for more than two decades. These include his short marriage in 1994 to then 15-year old Aaliyah, when he was 27, lawsuits filed by women in 1996 (the victim was 15) and 2001 (this one was 17) claiming to have engaged in sex with him while underage (both of which were settled out of court), a video which surfaced in 2002 seeming to show him engaged in sex with another teenage girl, and a grand jury indictment later that year for 21 counts of child pornography (the trial in 2008 led to a jury verdict of not guilty). 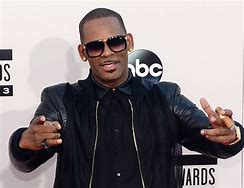 Mr. Kelly has resurfaced in the news recently due to a 6-part documentary entitled “Surviving R. Kelly” aired on Lifetime last week (Jan. 3-5). The goal of this series, according to Lifetime’s own description, is to shed light on the R&B singer whose “…career and playboy lifestyle has [sic] been riddled with rumors of abuse, predatory behavior, and pedophilia.” They are hoping that the “damning evidence and multiple witnesses” which they showcase will finally bring about appropriate opprobrium from the public, if not the halls of justice, particularly now in the wake of the “MeToo” movement.

R. Kelly might have avoided all the consequences of his sexual proclivities if he had chosen a different career path from R&B stardom. If the initial R. had stood not for his first name Robert but for a self-proclaimed title — Rasool (which means “messenger” in Arabic) — and if he fashioned himself after Islam’s prophet Muhammad, he might have made it out of this mess unscathed. All he would have needed to do was to proclaim the existence of an all-powerful god with whom only he could communicate and who issued authoritative revelations only through him. Then, like Muhammad before him, he could reveal that this god had commanded him to marry underage girls, and to accept marriage proposals from as many females as he wished, and to own and use as many sex slaves as his heart desired and bank account could afford. Since any criticism of Muhammad’s behavior toward women is off-limits in today’s leftist-progressive, pro-Islamic feminist, politically correct policers of public opinion, Rasool Kelly might equally enjoy the accolades and protection of Islamo-panderers in high places.

Just to refresh the memories of those who can’t recall much from early Muslim sources on the life of Muhammad, the Arabian prophet declared that Allah had permitted Muslim men up to four wives at any one time (Qur’an 4:3), except for Muhammad himself– in a special exemption, he was allowed as many wives as he wished (not to mention slave girls taken as booty or bought from the slave market as the fruit of successful jihad ventures):

How fortunate for Muhammad that Allah, who only communicates his will through Muhammad, makes clear to the rest of the world that as god of the universe he is personally concerned that the 7th C. backwater Arabian prophet not face any discomfort in his marriages and sexual relations!

This applies to many other occasions as well. For instance, one day Muhammad pays a visit to the home of his adopted son, Zayd, but the young man is not home. While at the entrance, Muhammad catches a glimpse of Zainab, his daughter-in-law, who is in a “state of undress” and begins to burn with lust. Zayd learns of this, and comes to Muhammad declaring his willingness to divorce Zainab so the prophet can have her. According to the Qur’an, Muhammad orders Zayd to keep his wife (33:37), since according to custom it was immoral for a father to marry his daughter-in-law, even from an adopted son. But a closer look at this verse indicates that Allah is upbraiding Muhammad for his words to Zayd, since it is Allah himself who has orchestrated this divorce precisely so Muhammad can take her as a wife and not have any discomfort over “human traditions.” For the welfare of humanity, Allah is using Muhammad as an example so that henceforth people will know it is not immoral to marry the ex-wives of their adopted sons. And in the process, Muhammad gets to add a hot young wife to his growing harem.

In the most highly authoritative collection of traditions known as Sahih Bukhari, we find this report of Muhammad’s favorite and sometimes feisty teenage wife, Aisha, upon hearing Allah’s “revelations” concerning Muhammad’s privileges with women:

I used to look down upon those ladies who had given themselves to Allah’s Messenger and I used to say, “Can a lady give herself (to a man)?” But when Allah revealed: “You (O Muhammad) can postpone (the turn of) whom you will of them (your wives), and you may receive any of them whom you will; and there is no blame on you if you invite one whose turn you have set aside (temporarily).’ (33.51) I said (to the Prophet), “I feel that your Lord hastens in fulfilling your wishes and desires.” (Vol. 6, Book 60, Hadith 311, emphasis mine).

Aisha was without a doubt the youngest of Muhammad’s wives when he married her and took her to bed, barely 9 years of age. Muhammad had just turned 52. (Determining ages in this relationship and in what follows is a bit hazy, since early Arab Muslim culture calculated years based on the lunar calendar, which is roughly 10 days less than the solar calendar that we use in the West. Over the course of 75 lunar years, for example, this would translate to roughly 73 solar years, and so on.)

Here are the estimated ages of some of his other wives, and his, at the time he married them:

Concubines (sex-slaves) have even less stature than wives, so Muslim history records fewer personal details about them, making their ages when Muhammad first took them less certain. But educated guesses for two of them are possible: 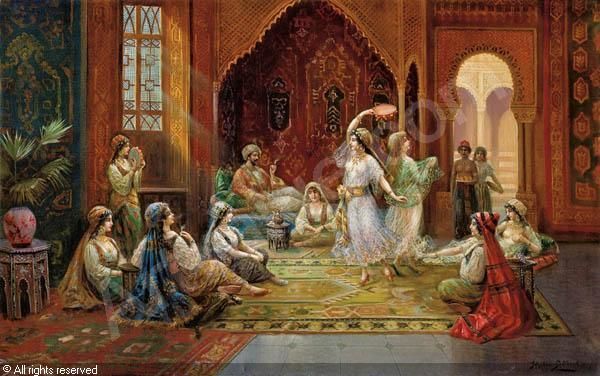 If only Robert Kelly had originally styled himself as Rasool Kelly, and patterned his own authoritative revelations after those of Muhammad, he might have totally avoided the scandals presently plaguing him. If Muhammad is so highly respected in today’s progressive culture, why not R. Kelly?

Or, to turn it around, if R. Kelly is rightly being pilloried for his sexual misconduct toward women, why not Muhammad, whose age differential and absolute power over his young brides would make him, in modern parlance, a sex abuser par excellence.

If John Legend could publicly call R. Kelly a “serial child rapist,” I wonder what he would say about Muhammad. The answer, I’m sure, is “No comment.” Because in the West today, the mainstream media and elite thought-shapers have predetermined that Islam is benign, Muhammad a feminist reformer, and Shari’ah a better alternative to Western law and democracy. No need for facts; no need for history. The die has already been cast.

6 Responses to R. Kelly Could Have Learned from Muhammad